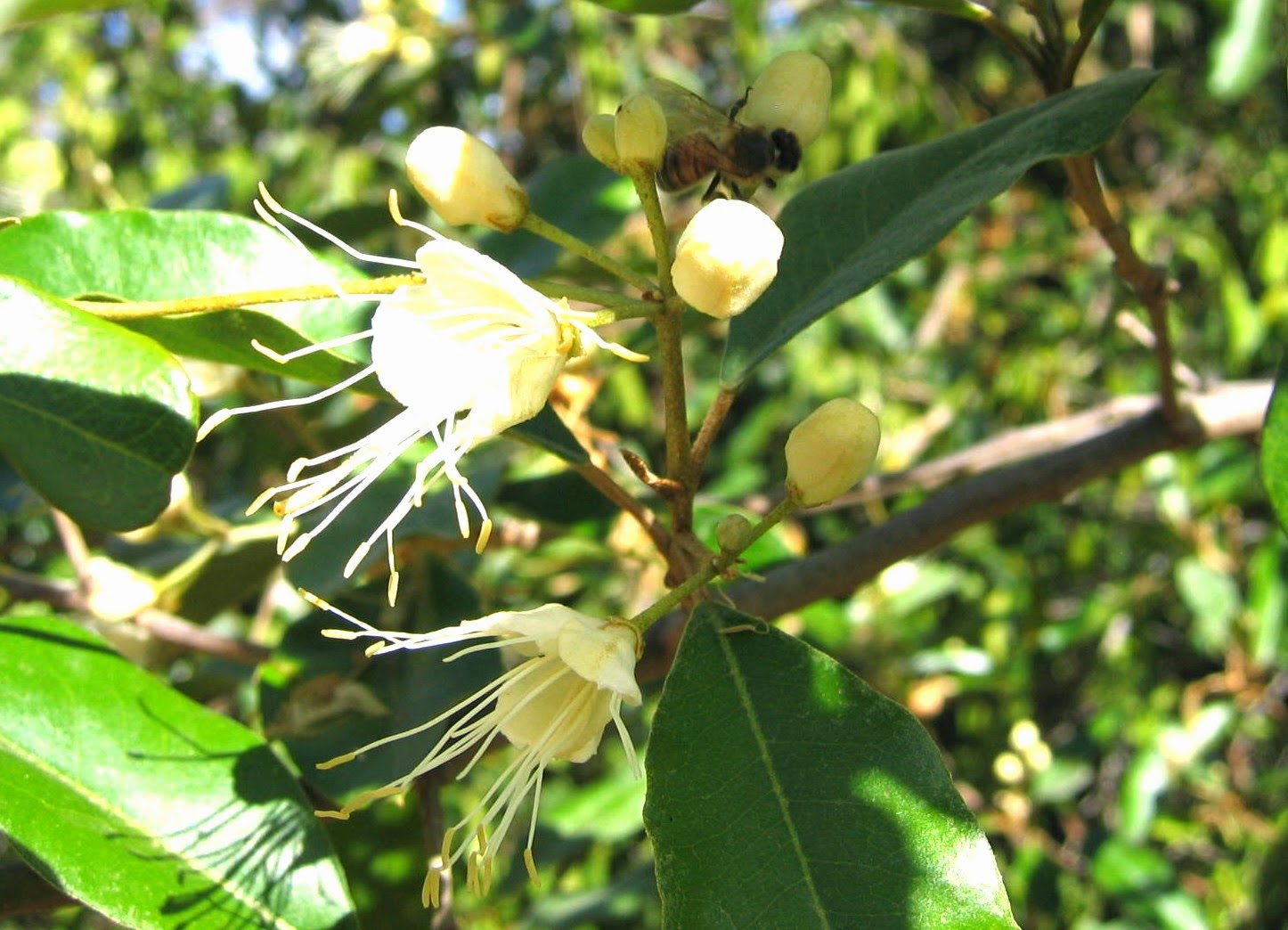 My husband said I should write something about the beautiful caper trees that bloom on our property. We had no idea what they were until a couple of years ago when we really started looking around the lot at the native trees. Then it seemed like there were capers everywhere.
In fact, there are several different kinds of caper trees here, including black (or Jamaica) capers and white capers, both of which are common in St. John's coastal areas. They are very attractive trees that don’t require any special attention because they are already well adapted to the environment. Most importantly, they don’t need any water from our cistern to thrive during the dry periods, and don't drop their hard, leathery leaves.

The caper trees here are related to the ones that produce those funny little green things in a jar that are used in French and Italian cooking. Those are the unopened buds from Capparis spinosa, a thorny tree that grows in the Mediterranean. When the Europeans arrived here they found trees that were similar to, but larger than, the caper trees they knew back home. The buds here are not as tasty as the European ones, though, which have been cultivated since ancient times.

Sometimes caper fruits are also eaten, but apparently not always with great relish. The trees produce long brown bean-like pods that split along one side at maturity, exposing a bright red interior and black seeds covered with a thin layer of red pulp. The appearance of these pods sometimes seems to be disturbing.


In Puerto Rico, one type of caper tree is called rat-bean, and the white caper is known as sapo prieto, which means ‘black toad’. Maybe that’s because the pod takes on weird shapes as it gets dried up and twisted around while it’s still hanging on the tree. Caper pods have also been called pois mabouye, or evil spirit beans, from the native Caribbean Taino word 'maboya', so it was not just the Europeans who thought they were creepy.


On a somewhat different note, Linneus, the great Swedish botanist who gave Latin names to many of the world’s plants, mischievously named the black caper Capparis cynophallophora, due to what he claimed was a resemblance between the seed pod and a dog’s genitalia.


In Eleanor Gibney’s Field Guide to Native Trees & Plants of the East End, St. John, she reports that “Teas and infusions of bark and roots have been used both externally for skin ailments and internally for hysteria, venereal diseases and worms.” It is interesting to imagine the types of experiments that went into determining which types of bark and roots can be used to cure hysteria and/or venereal diseases. I wonder how many types of infusions someone would have to try before finding one that worked, while in the meantime the hysteria or venereal disease, or both, raged on.


Elsewhere I read that the roots have also been ground up and used like mustard or horseradish. For myself, I am content just to look at them and admire their low-key beauty, their hardy evergreen foliage, and their occasional shows of frilly white flowers. I did taste one of the buds – not very palatable, but maybe I should try pickling them.
Posted by Gail Karlsson