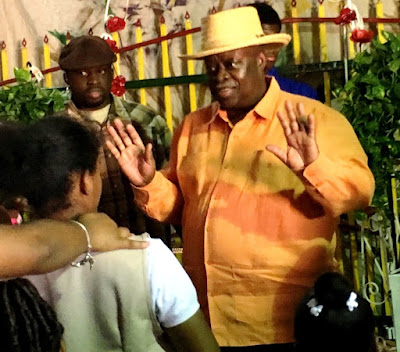 That was Governor Mapp’s message for the annual AgriFest on St. Croix, held February 18-20. “As one of many in our territory who grew up on a family farm, it pains me to see the millions of dollars that leave our islands each year to pay for food that could be produced here in the territory, often with better results.”


That’s a great idea, but few in the territory are actually growing much of their own food. Given the current level of financial and political uncertainty, the smart move right now might be to invest in kitchen gardens and fruit trees. And to encourage farmers who provide healthy, locally-produced food. 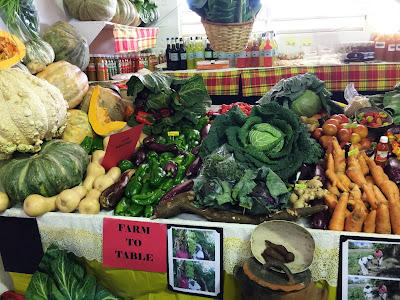 There was a special ferry from St. John to St. Croix for the Agrifest, which offers a food fair, local music and dancers, and cultural activities as well as displays of farm animals and produce. 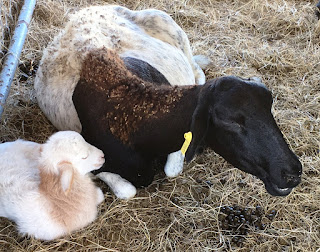 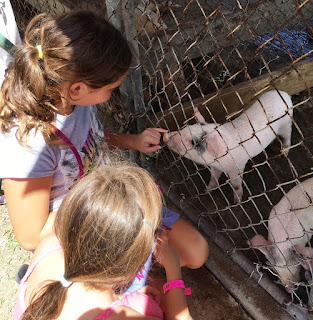 It was hot to be walking around in the heat of the day, but fortunately there were tables set out under a big grove of mango trees where we could get some shade while eating our curried goat, fry fish, gooseberries and stewed golden apples. 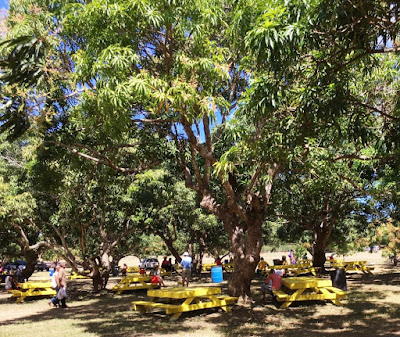 I was glad to have a chance to stop by the Ridge-to-Reef Farm stand for a visit. A couple of years ago we signed up for their Community Supported Agriculture program and picked up boxes of fruits and vegetables every week from their St. John drop off point at the Gifft Hill School. 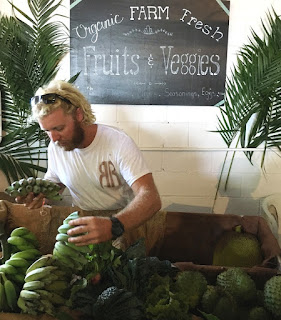 Besides familiar types of produce, the Ridge-to-Reef stand had some more unusual items.
I picked up a couple of baobab fruits - there are some huuge baobab trees on St. Croix. The fruits have lovely, fuzzy green fur, and you can eat the tart pulp inside surrounding the seeds. A friend of mine had asked if would bring back some seeds so she can try to grow some on St. John. There is only one large baobab on St. John, and it has been flowering but not fruiting. 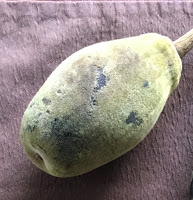 I also got a couple of West Indian locust tree pods – known to some as old man stinking toe. The seed pods are very hard – like you need a hammer to break them – and inside there is a smelly but sweet powder surrounding the seeds. It makes your mouth very dry, so it is better mixed up with milk or in a smoothie. 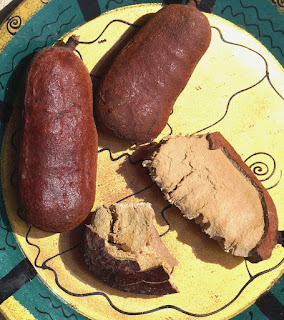 Unfortunately I didn’t have room in my bag for the big jackfruit. Originally from south Asia, it is related to breadfruit, and is the largest fruit that grows on a tree. An ordinary one can weigh up to 40 pounds, but there are reports of fruits over 150 pounds. Its taste has been described as a cross between a pineapple and a sweet potato. 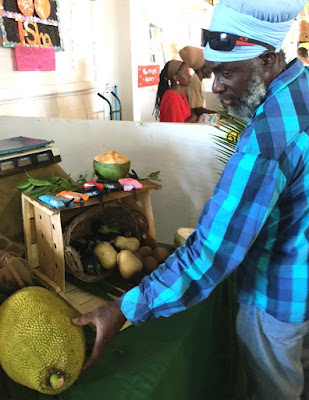 The overall theme of this year’s fair - Agriculture: Our Heritage and Hope for the Future - was portrayed in various box displays made by schoolchildren for the event. 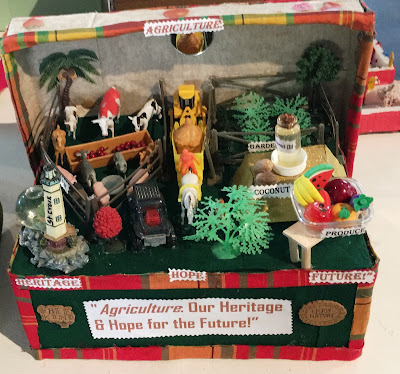 The Virgin Islands participates in the Farmers of America program, which helps schools train new students to become agriculture professionals. This national organization was formed in 1928, just before the Great Depression, to help prepare young people for the challenges of feeding a growing population. It has been reinvigorated by new interest in local and organic food. Students learn about agriculture as a science, as a business and as an art.

Students who grow food in school plots learn practical planting and harvesting skills. In some cases the schools use the produce to help provide healthier, less expensive lunches, or they may make money by selling fruits and vegetables.

On St. John, The Gifft Hill School’s EARTH program promotes ‘Education And Resiliency Through Horticulture’, in a partnership with Iowa State University. Through hands-on work in the school’s kitchen and expanding gardens, students learn lessons about how food is produced, as well as about nature, the environment and their own health. 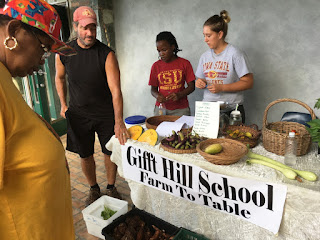 They also sell produce at the upper school on Wednesday afternoons starting at 3:15, and occasionally offer farm-to-table dinners as program fundraisers. That’s one way to help support a new generation of farmers on St. John.