Scientists Kevel Lindsay and Jean-Pierre Bacle from the Island Resources Foundation (IRF) have been surveying the hillsides of St. John and St. Thomas, with input from local horticultural expert Eleanor Gibney, in order to map the locations of rare and endangered native trees and shrubs.

The objective is to evaluate the threats to particularly important species and develop conservation plans for them in collaboration with the University of the Virgin Islands’ Cooperative Extension Service. They are currently looking at 20 trees, shrubs and vines from St. John, St. Thomas and St. Croix, but in the future hope to expand the effort to cover all rare and endangered native plants in the territory. The project is funded by the Virgin Islands Urban and Community Forestry Program (VI Department of Agriculture).


As more of the Virgin Islands’ land is developed, the remaining woodlands are increasingly pressured by roads, buildings and commercial activities. At the same time, the growing impacts from climate disruption and rising sea levels present other long-term threats to native habitats. Even lands protected within the VI National Park are affected by road cuts and pollution, as well as the broader challenges of a changing climate.

One native but rarely seen tree is known as Cock's-spur (Erythrina eggersii) due to its spiky branches and reddish flowers. Native only to Puerto Rico, the British Virgin Islands (Jost Van Dyke) and the US Virgin Islands, it is characterized as ‘Endangered’ on the list of threatened species compiled by the International Union for the Conservation of Nature, primarily due to land development, habitat loss and introduced insect pests.

Another locally rare species the IRF researchers looked for was a cactus called Stenocereus fimbriatus, which is native only to Cuba, Jamaica, Hispaniola, Puerto Rico and the Virgin Islands. It is somewhat similar to the more familiar pipe-organ cactus (Pilosocereus royenii) though its columns are light green rather than bluish in color. It has rose-pink flowers that are pollinated by bats, and produces tart red fruit. This cactus is also being impacted by habitat loss, and there now may be only about 20 plants left on St. John. 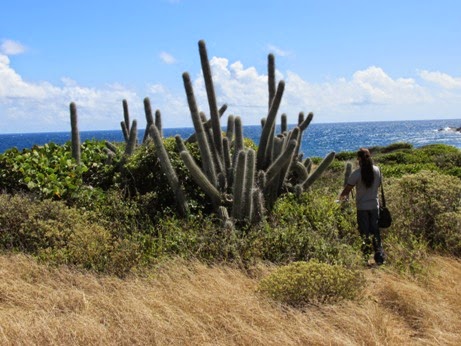 Other endangered plants on St. John include the well-known Lignum vitae (‘tree of life’) which was heavily harvested in early colonial times due to its extraordinary strength, toughness and density, and the rare but beautiful Eggers’ milkpea (Galactia eggersii), a vine with velvety leaves and bright red flowers. 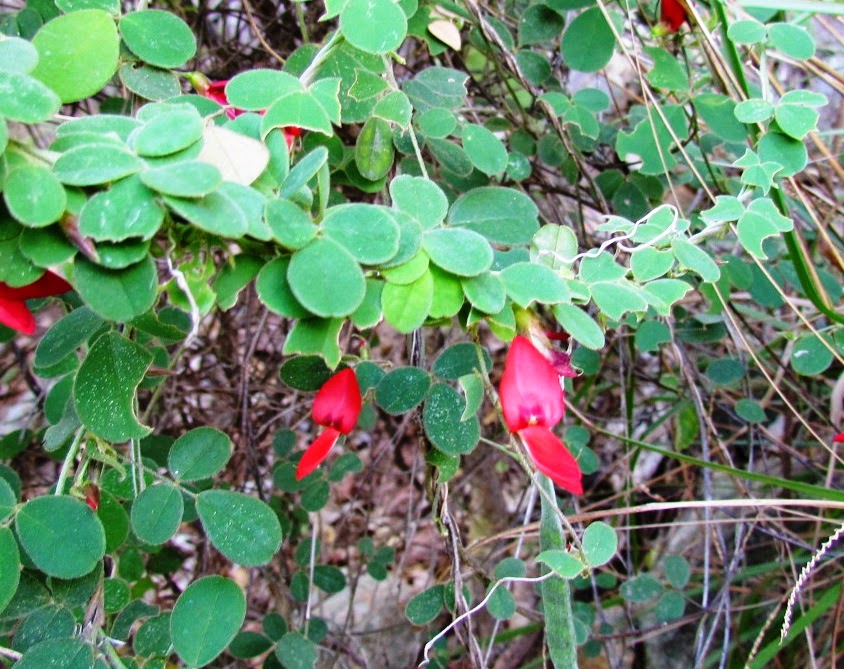 
In 2011, Solanum conocarpum, a plant endemic to St. John, was found worthy of protection under the US Endangered Species Act. It is threatened by habitat loss from residential and tourist development, as well as feral animals. According to the Center for Biological Diversity, there are only approximately 200 of these plants in the wild. 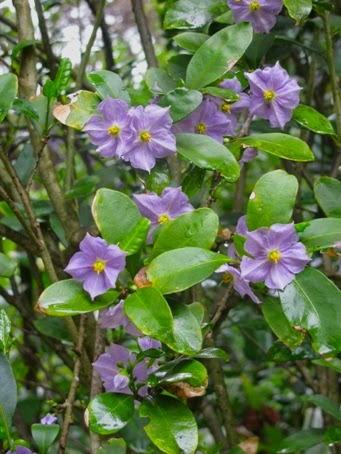 On St. Thomas, the researchers examined the leaves of a tree to determine whether it was a Lyonia rubiginosa, which is extremely rare, and threatened by development for houses and roads. 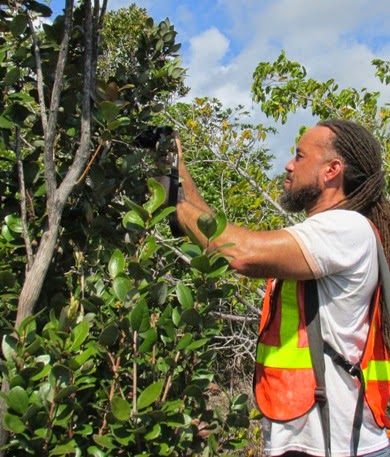 
Although IRF has undertaken comprehensive on-site environmental profiles for other Caribbean islands, the unique native plants and habitats of the Virgin Islands have not been adequately mapped. Therefore, the current survey is an important step towards identifying and protecting rare trees here.


As the project progresses, future steps could include collecting genetic material for propagation, monitoring particular trees and woodlands, working with private landowners and the National Park Service to protect endangered species and their habitats, and possibly restoring certain areas to improve the viability of plant populations and ecosystem functions.


Since community support is important for the success of any conservation effort, IRF and the UVI Cooperative Extension Service hope to be able to educate and engage local citizens, schools and organizations interested in preserving the biological heritage of the Virgin Islands, and also attract additional financial resources for this work.


For more information or to get involved, contact Kevel Lindsay at Island Resources Foundation klindsay@irf.org or Eleanor Gibney at eleanorfgibney@gmail.com.


Gail Karlsson is an environmental lawyer and part-time resident of St. John. Her book The Wild Life in an Island House is available on amazon.com
Posted by Gail Karlsson