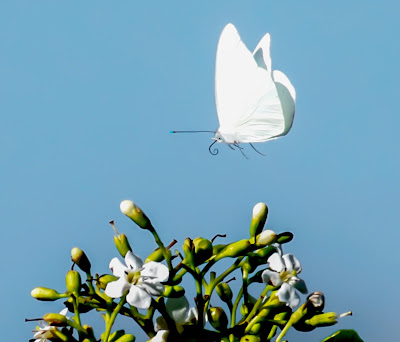 After heavy rains in November, the normally inconspicuous Pigeon Berry trees (Bourreria succulenta) produced bunches of white flowers that attracted hummingbirds, honeybees and several types of butterflies. They came to drink the nectar, but in the meantime pollinated the flowers as they moved from one blossom to another. 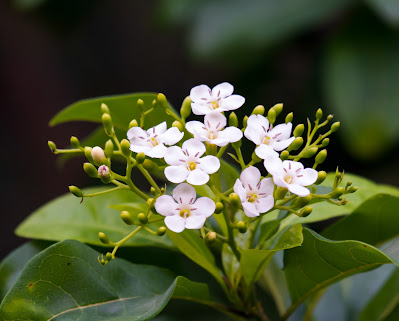 Around the time the flowers bloomed, there was also a hatching of white butterflies, mostly Great Southern Whites (Ascia monuste). Groups of them flitted cheeringly around the trees, stopping briefly to sip nectar from the flowers.

Some Gulf Fritillary butterflies (Agraulis vanillae) also appeared and investigated the small white blossoms. Because these butterflies are orange, they are sometimes confused with local Monarch butterflies, but the fritillaries are smaller and have dark dots rather than heavy black lines. 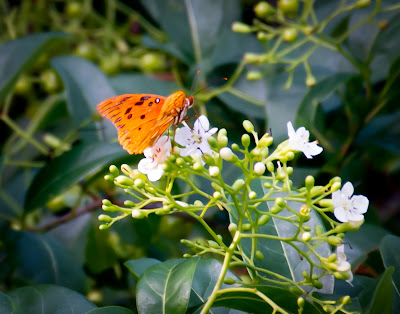 The numerous bees I saw on the Pigeon Berry tree were non-native honeybees (Apis mellifera), which were originally introduced from Europe. There were some of the large black, native Carpenter bees around, but they went to the flowers on other nearby native trees, especially the Canker Berry. 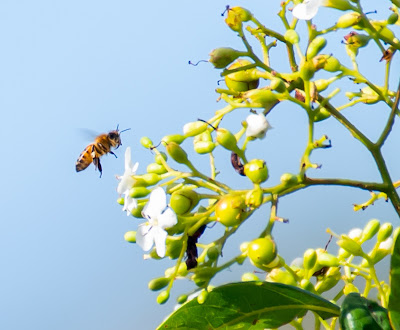 Hummingbirds are nectar-eaters too. They don’t land on the flowers, though. Instead they hover in a blur of super-fast wingbeats, meanwhile extending their long, tube-like tongues into the flowers. 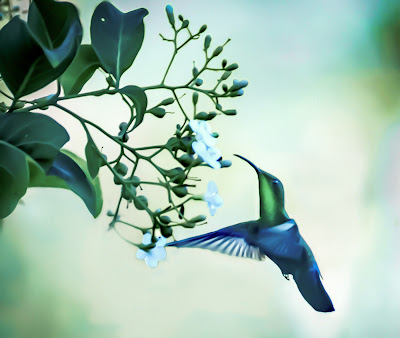 At first all the attention to the Pigeon Berry trees was from the pollinators drawn to the flowers. But it is the berries that attract the pigeons, from which the trees get their name. 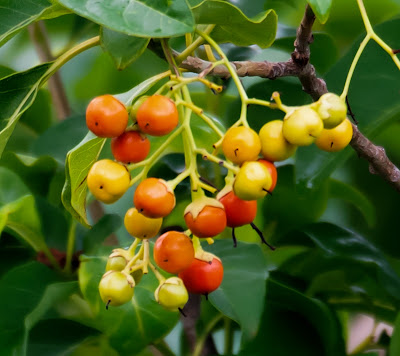 Scaly-naped Pigeons are the most common and conspicuous native pigeons in the Virgin Islands, much larger and more imposing looking than the common pigeons I know from New York City. 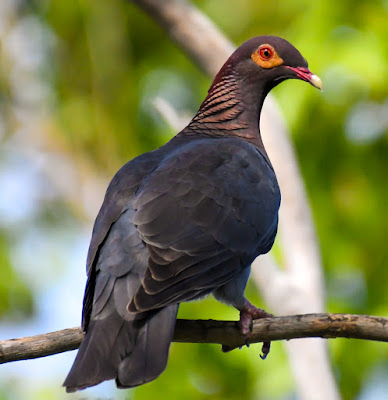 The berries provide nourishment for other birds as well, and this year there seems to be a bumper crop. Many berry-eating birds suffered from the loss of their normal diet after the hurricanes in 2017. 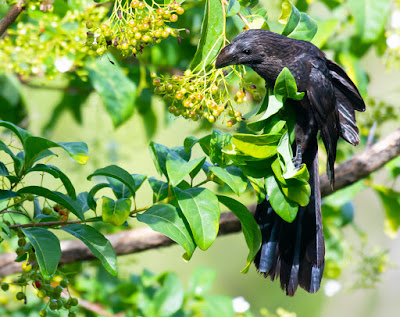 A group of Smooth-billed Anis landed in the tree by our house and poked at the berries, and the Lesser Antillean Bullfinches were also interested, but it seems the berries are better when they are fully ripe. 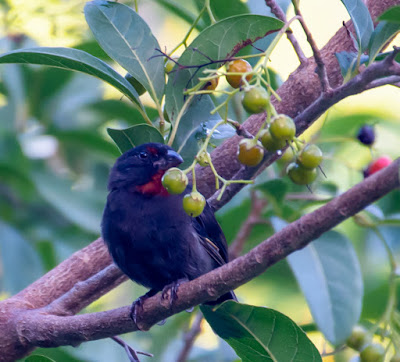 I was once told that this native species is a ‘nothing tree’ because it isn’t useful to people. Since then I have learned a lot more about island ecosystems and seen how the Pigeon Berry tree is an important food source for local wildlife.

I did try eating a couple of the berries myself. I will definitely leave them for the birds.