Have You Seen These Secretive Hunters? 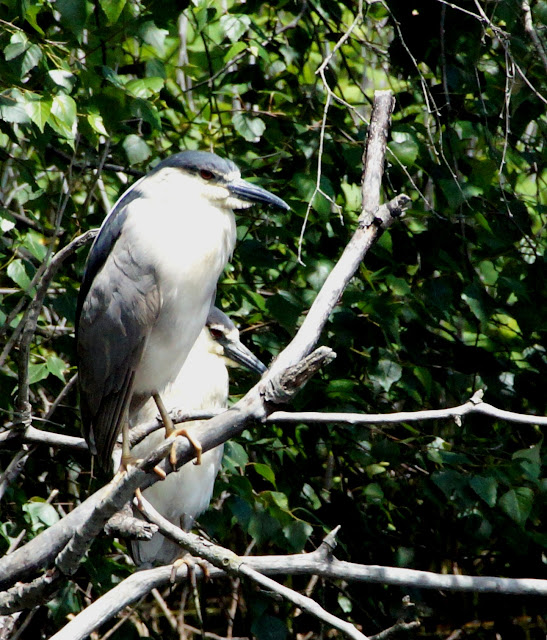 There are some black-crowned night herons on St. John, but few people have seen them - maybe because they are crepuscular.


When I first heard that word I thought it meant that they creep around in the bushes, possibly in a muscular way. More experienced birders know that it means they are most active at twilight and therefore are hard to spot.


In Fish Bay we often hear loud ‘kwaaks’ around dinner time indicating that the night herons are coming on duty. The black mangrove pond near our house is a good place for them to catch small fish and crabs. By the time I hear their calls it is too dark to go out with look for them. The only time I have seen the black-crowned night herons is in the early morning, before they take off to hide during the day.


Since they are so rare and reclusive on St. John, I was surprised to learn that the black crowns are the most widespread type of heron, found all around the world except in Antarctica and Australia. In the tropics, these herons generally stay in the same place all year, while northern ones tend to move to slightly warmer areas for the winter. In New York City during the summer they breed in great numbers out on small islands in the harbor, and often show up in Central Park in broad daylight to entertain the tourists.


Why do ours have to be so shy? 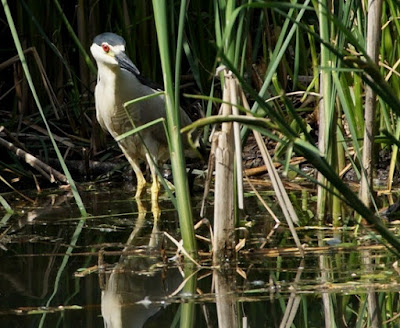 The yellow-crowned night herons are not as secretive. They hunt at night and have heavy bills that they use to punch holes in the backs of the large land crabs, which actually do creep around in the dark in a muscular way. During the day the yellow-crowns hang out in the mangrove trees, not really hiding, and occasionally come up into the yard to check out our pool. In the evening we sometimes see them out along the Fish Bay road when we come back from dinner in town. 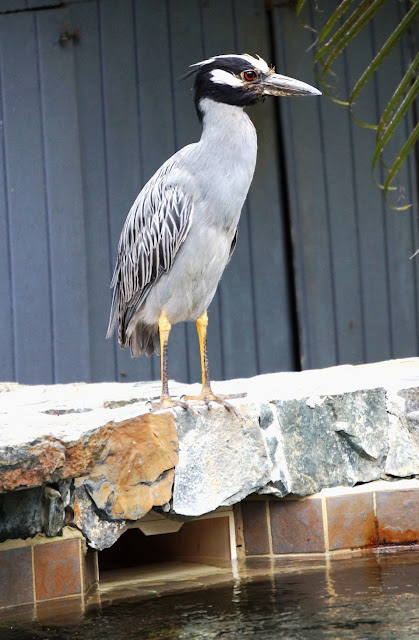 The two herons are easy to distinguish by their looks – except when they are young. The juveniles have quite similar plumage. I find the heavier, blunter bill on the yellow-crowned one to be the best way to tell the difference.
Posted by Gail Karlsson