Talking About Trees in Dark Times 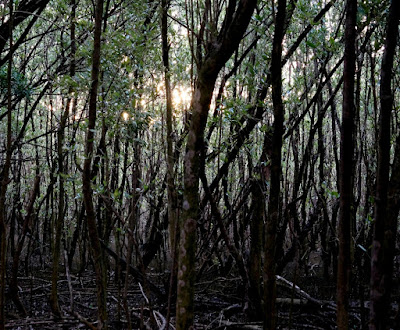 Is it wrong to focus on trees when there are so many challenges and injustices in the world that need attention?


After immersing myself in a Virgin Islands tree identification project with the Unitarian Universalist Fellowship of St. John, I found myself paying much more attention to the natural world. Not just trees, but birds making nests and eating berries, plus bees, butterflies, bats and other pollinators and seed dispersers.


Watching and learning about the complexity of woodland ecosystems brings me joy and makes me appreciate the miracle of being alive. What a gift. But is it okay for me to spend time this way when I could be responding to so many desperate calls for political action?


For over 20 years I devoted myself to advocacy about climate change risks and the need to replace fossil fuels as our primary energy sources. I presented scientific information about increased greenhouse gas emissions causing higher temperatures, rising sea levels and fiercer storms – and outlined actions to prevent damaging disruption of global atmospheric conditions.


Over the years, scientific predictions about the consequences of failing to make drastic cuts in emissions have become more and more alarming, even as the impacts are already being widely experienced. Now I brood about what will become of us, and our children, as political leaders rush to undo national climate change response measures – along with many other elements of a just and caring society.


What more can I do at this point?

I find that I am most drawn to go for a walk in the woods.


A much-quoted poem ‘To Those Who Follow in Our Wake’ written by Berthold Brecht in 1939 on the brink of World War II, starts out “Truly I live in dark times” and goes on to ask:


“What times are these, in which
A conversation about trees is almost a crime
For in doing so we maintain silence about so much wrongdoing?”
https://harpers.org/blog/2008/01/brecht-to-those-who-follow-in-our-wake/


It is certainly a privilege to have the time and opportunity to talk about trees and birds when others are struggling for mere survival. But it may also have political significance. In a world of violently partisan politics and alternative facts, talking about trees may be a valuable way to try to find common ground – or at least your own bearings. 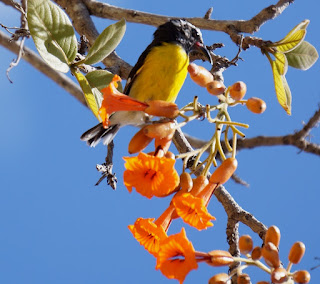 For me, a walk in the woods usually offers quiet and calm, an escape from anxiety, talking heads and bitter arguments. I become observant, looking at live things rather than figures on a screen or the pages of a book. I listen to birds and wonder at the beauty and complexity of everything around me – feeling fully present.


Trees are mysterious. It seems miraculous how they make food out of sunlight, carbon dioxide and water – supporting almost all other forms of life on earth. Many cultures have celebrated the spiritual significance of trees – as God’s creations, as manifestations of the universal life force, as links between the seen and unseen worlds. They create forest communities in which individual trees both support and compete with each other, while also providing sustenance for many other species – including us.


Many trees have life spans much longer than ours, standing as durable markers of cultural history within the landscape. At the same time their lost leaves and new sprouts, short-lived flowers and falling fruit mark the seasons and remind us of our own ephemeral existence.


Still, we have power over trees – cutting them down to burn them or build with them, or just to clear the land, cultivating them for food and medicines, cross-breeding them and even modifying their genes.


Quietly standing there, the trees do not judge or criticize. But sometimes they do manage to provoke a sense of responsibility, calling on us to preserve the natural world we depend on.


How does this talk about trees benefit people in need - growing populations faced with enormous inequities and injustices?


One thought is that communities focusing on preserving and cultivating trees and edible plants can help people feed and support themselves – while also organizing themselves to address other economic, social and environmental challenges. This may sound like a silly and inadequate response to today’s widespread distress, but it does seem more interesting and productive to me than many other suggestions. 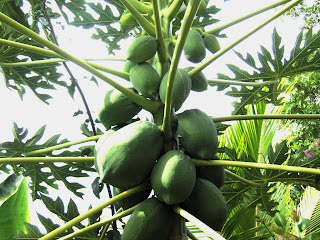 In connection with my work with the United Nations, I met Wangari Maathai from Kenya, who started the Green Belt Movement in 1977 after she saw local forests being cleared to make space for commercial plantations. The result for her community was not just loss of firewood and forest products, but also the water that had been held in the land by the trees. By the time she won the Nobel Peace prize in 2004, members of the Green Belt Movement had planted over 30 million trees, which restored the land and provided fuel, food, shelter, and income. In her Nobel Prize lecture, she reported:


“Initially, the work was difficult because historically our people have been persuaded to believe that because they are poor, they lack not only capital, but also knowledge and skills to address their challenges. Instead they are conditioned to believe that solutions to their problems must come from ‘outside'. … We developed a citizen education program, during which people identify their problems, the causes and possible solutions. They then make connections between their own personal actions and the problems they witness in the environment and in society. … They come to recognize that they are the primary custodians and beneficiaries of the environment that sustains them.” www.nobelprize.org/nobel_prizes/peace/laureates/2004/maathai-lecture-text.html


In the current US world of cell phones and online shopping, planting trees may not seem very practical or appealing – like something for poor countries, or from our ancestors’ distant past. But growing your own food does have a lot of advantages – including the American virtue of self-reliance.


It may make the most sense in rural areas, but can also be feasible in urban settings. In Detroit, which has been experiencing de-urbanization, the Michigan Urban Farming Initiative is using agricultural activities as a way to strengthen communities and address socio-economic disparities. www.miufi.org/ Meanwhile public orchards have been established in Seattle, Boston, Asheville and Madison, Wisconsin. www.takepart.com/article/2014/07/09/public-fruit-trees In San Francisco, the Urban Orchard Project helps community-based organizations plant and maintain publicly accessible fruit trees, including in Golden Gate Park.  https://sfenvironment.org/article/managing-our-urban-forest-types-of-urban-agriculture/urban-orchards.


Trees are also important for reducing greenhouse gas emissions as they absorb carbon dioxide. New York City recently finished planting one million new trees as part of an effort to help offset climate change, while also capturing storm water, removing pollutants from the air, and cooling and shading the city.


In dark times it is critical to find sources of hope for the future. While trees might help provide practical responses to public challenges, they can also provide spiritual inspiration. The joy that disparate people find in trees and flowers and birds sometimes brings them together in unexpected conversations, quietly acknowledging the interdependent connections we share as living creatures coexisting in the natural world. 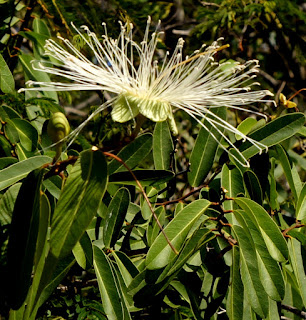