The Loneliness of Stinking Toes

Imagine losing your best friends and then living for the next eleven thousand years with only agoutis for company - if you’re lucky.


That’s the sad story of the West Indian Locust (Hymenaea courbaril), more commonly known as the Stinking Toe tree. Why the silly name? Well, it has a big, hard seed pod that looks like it might be an ogre’s toe, and smells like one inside. You have to whack it hard to get it open, and then the seeds inside are surrounded with a sweet but very pungent pulp (which is nevertheless said to be very nutritious).

It is the size and hardness of the seed pod that lie at the heart of this tree’s loneliness, not its smelliness. Millions of years ago in South America, the Stinking Toe had some really good friends that didn’t make it through the last Ice Age – including a giant ground sloth weighing up to four tons, and herds of other large now-extinct mammals.


Big herbivores need lots of food, and the Stinking Toe trees offered them sugary, well-packaged grab-and-go meals. Its reward was that the seeds inside were widely dispersed, helping the tree to reproduce and spread. Like many plants, these trees evolved in relationship to the wildlife around them. Animals big enough to chew up the hard pods later deposited the seeds on the ground in their dung as they moved across the landscape.
Then, about eleven thousand years ago, towards the end of the Pleistocene epoch, the large animals disappeared. None were left to eat those big pods. Maybe climate change was to blame, or the influx of human hunters, or a combination of the two. Certainly no one gave any thought to the plight of the Stinking Toe.


It doesn’t work very well for a tree to just drop its pods on the ground below, especially if they are tightly sealed and the seeds can’t get out. The Stinking Toe had to make new friends. Large rodents called agoutis noticed the pods, and used their chisel-like teeth to gnaw away at the shells and get to the sugary pulp inside. Agoutis are known as ‘scatter hoarders’ because they bury uneaten food for later. So sometimes they moved the seeds and buried them, though usually not very far from the tree.


The seed pods can float, but they were probably brought to St. John around 500 BC when the Tainos and Caribs came north in canoes from South America, moving up the island chain. The pods would keep the fruit fresh and dry, and the seeds could be then be planted at the new place. There were probably also some agoutis brought along in the canoes as another type of food source, so the Stinking Toe would have arrived along with its substitute seed disperser.


Sadly, the agoutis did not last and are long gone from St. John. The Stinking Toe trees are on their own here, with only a few humans to appreciate them. Not so long ago, children used to pick the pods and break them open for a sweet snack. Now few people even know what they are, much less plant their seeds, and they are not so easy to find.


There are a few Stinking Toe trees in Catherineberg that you can see driving as you drive along Centerline road. Even if there are no pods, you can identify the tree by its leaves, which are unusual because they grow in pairs turned in towards each other. The Latin name Hymenaea refers to this fact – Hymenaeus was the Roman god of marriage, inspiring feasts and songs about happy couples. 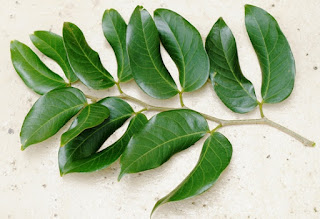 I first saw a Stinking Toe when I was getting fruits and vegetables from St. Croix through the Ridge to Reef Farm program. I tasted one after breaking it open with a hammer, and saved some seeds but didn’t get around to planting them. Now I am thinking it would be good for me to evolve into a new role as a seed disperser so the Stinky Toes on St. John won’t be so lonely. 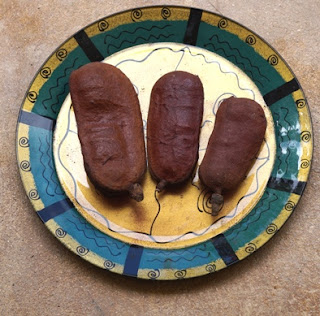