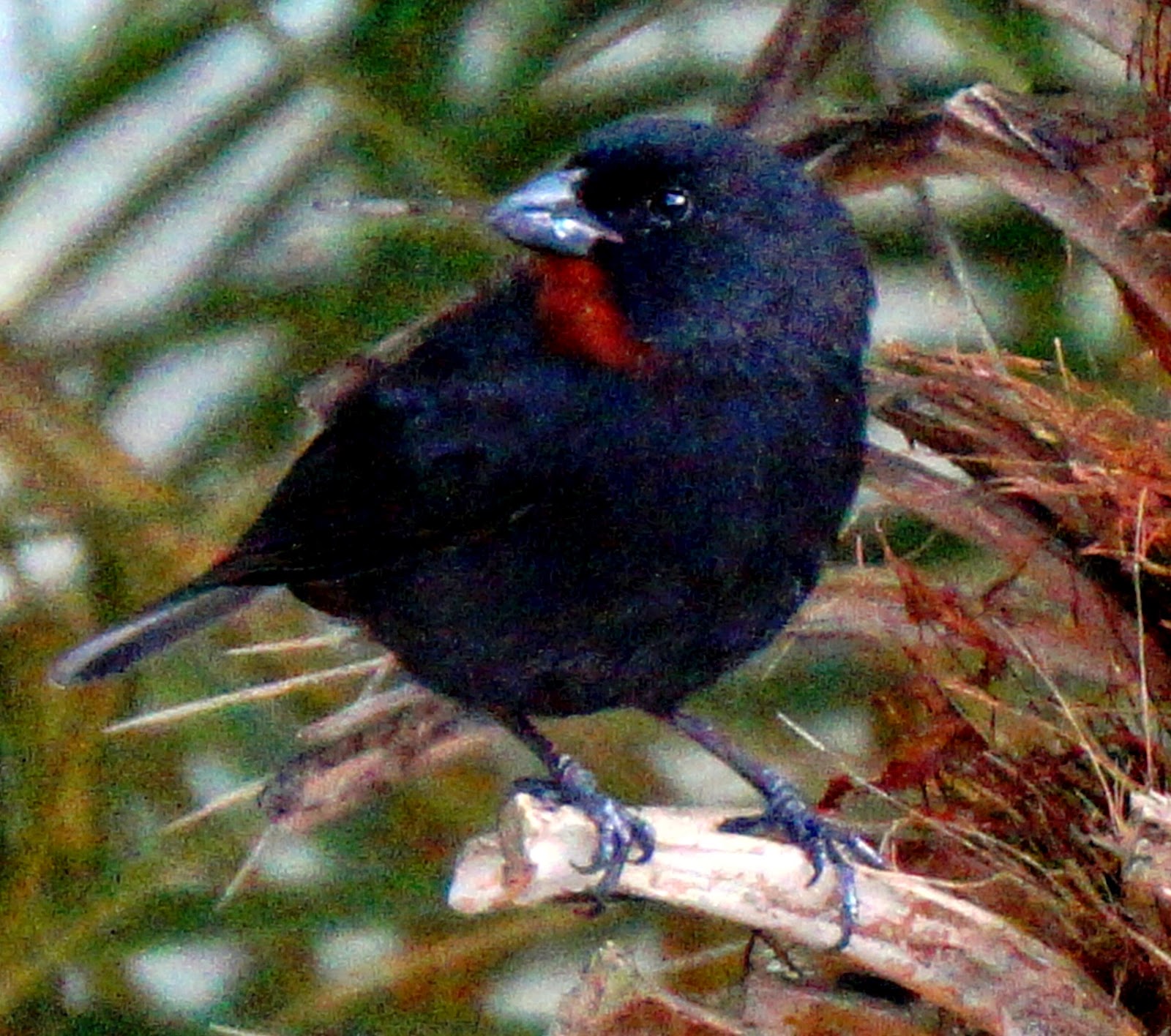 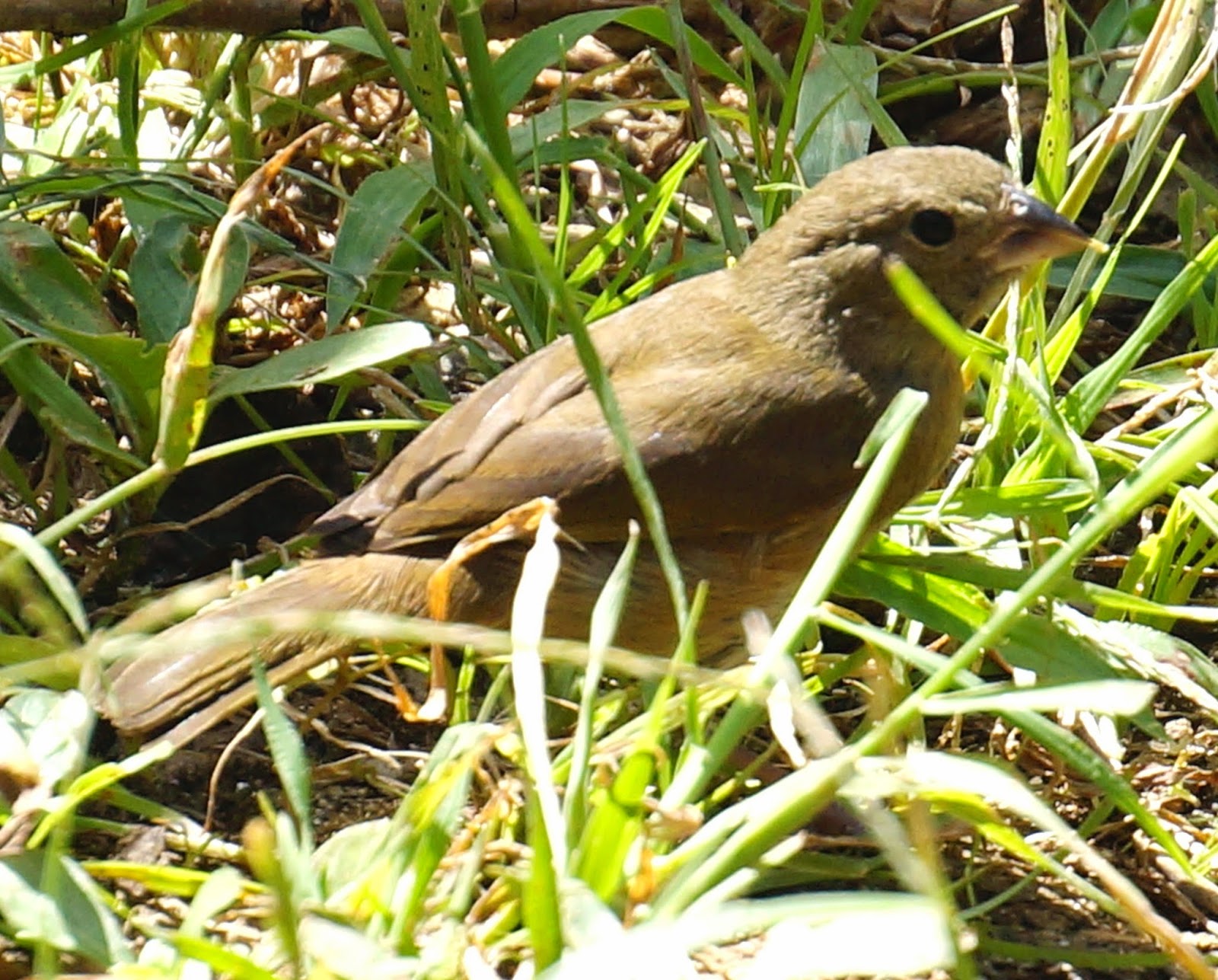 A couple of local Lesser Antillean Bullfinches recently built a nest in the corner of the rafters supporting the roof of our house in Fish Bay. (At first I wasn’t sure they were a couple because the male and female are very different in their coloring.)

The nest didn’t seem very tightly constructed, and when the Christmas winds picked up the nest was apparently blown out of the rafters. 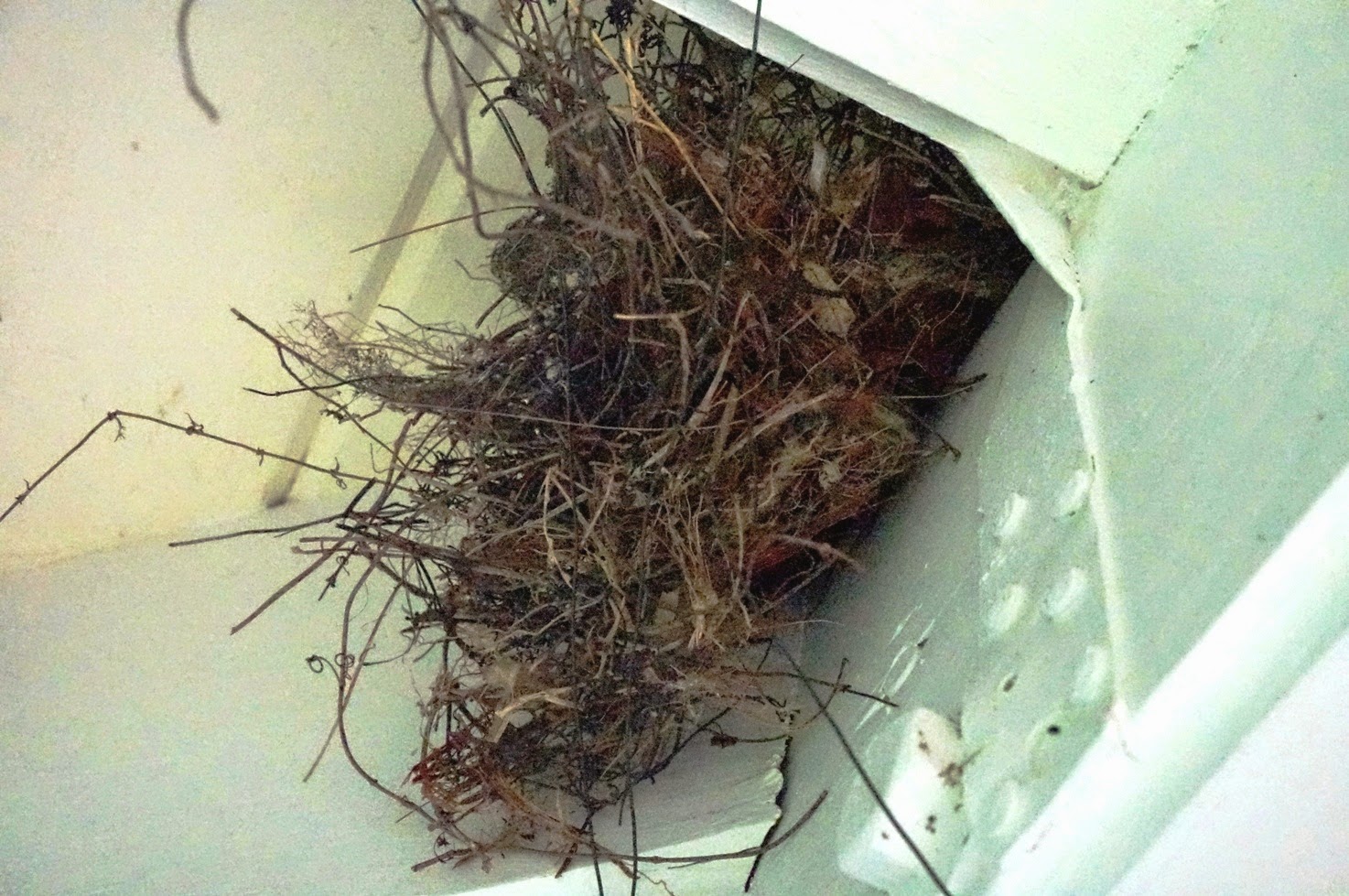 My husband was out using the weed-whacker when I heard him calling for me to come. I found the fallen nest on the ground with three baby birds inside. They were pretty well developed, and the parents were nearby, but l didn’t want to leave the nest on the ground because of the hungry cats in the neighborhood. I put the nest containing the birds back up in the rafters and persuaded my son to help me arrange a wire so that the nest would stay put and the parents could still get to the babies. 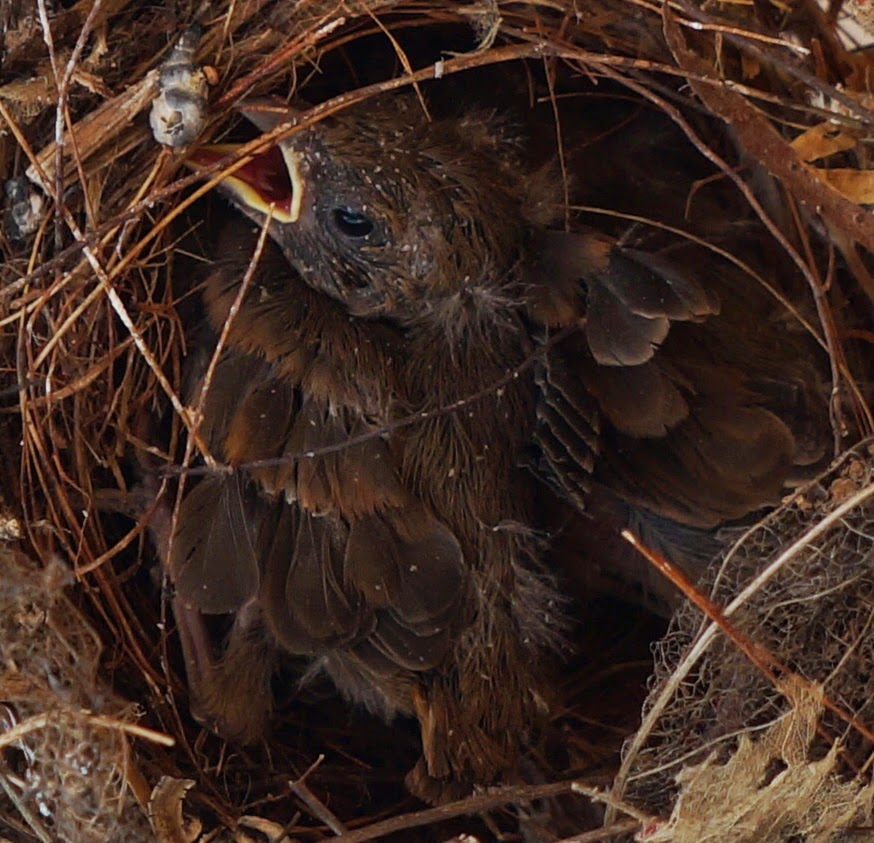 
I was worried that the babies would be sick or injured after their fall but the next day I saw one of them peeking out from the crack at the back of the rafters, and there was quite a bit of drippy evidence that they were getting enough to eat. Then within a few days the nest was empty, and I assumed the babies had flown off safely.