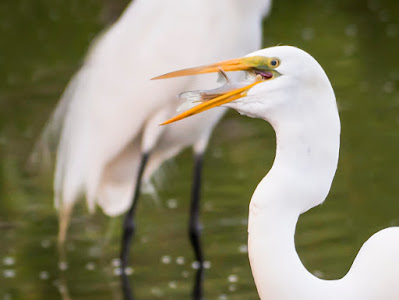 When island ponds dry up, trapped fish provide a short-lived bonanza for egrets, herons and other wading birds. The carnival atmosphere lasts until the fish are gone. Then many of the partiers move on to other venues.

When the dry season is very dry, as it has been recently, and coincides with a seasonal drop in the coastal sea level, many wetlands lose all their water. In areas where ponds are connected to the bays during periods of high water, those connections can dry up and then the fish in the ponds have no way to escape.

This distressing predicament for the fish provides a welcome feast for wetland birds, especially roaming groups of Great Egrets. 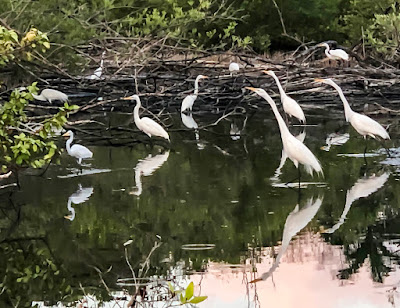 In the pond near our house, at first there was enough for everyone. The fish were easy to grab in the shallow water, and the resident Green Herons got their share along with the larger Great Egrets. 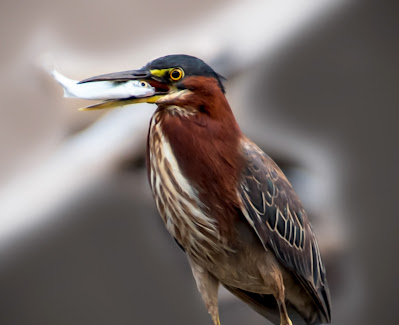 Even the secretive Clapper Rails, which usually pick up bugs and small crabs along the edge of the pond, seized this opportunity to venture into the water and drag out some fish. 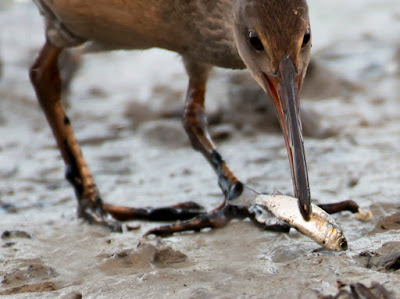 But soon things got quite competitive. More Great Egrets arrived the next day, and the larger ones seemed to spend most of their time honking and pushing other birds out of pond spaces they claimed as their territory. They even chased after another egret that was having trouble swallowing a particularly feisty fish. 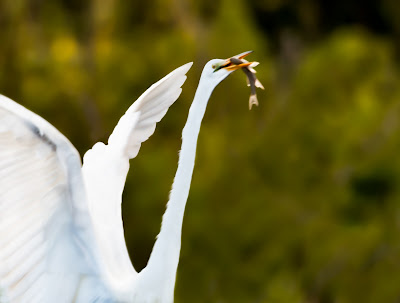 A Great Blue Heron came by on the third day to see what all the excitement was about. There wasn’t much room in the pond by then, with more egrets and less water. It grabbed a few fish and quickly moved on. 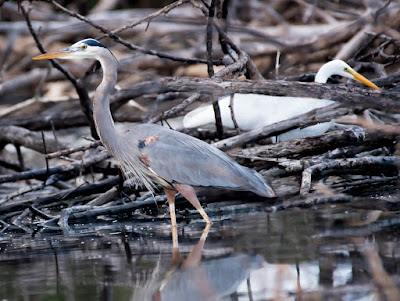 A couple of Little Blue Herons also made an appearance but seemed more interested in chasing each other around than actually doing any fishing. They mostly stayed in the trees and watched the action. When they did make it into the pond the other birds didn’t seem very pleased, and pressured them to go away. 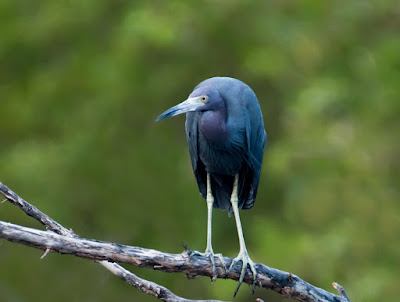 Then some Great Egrets showed up in mating plumage, apparently thinking about activities other than fishing. 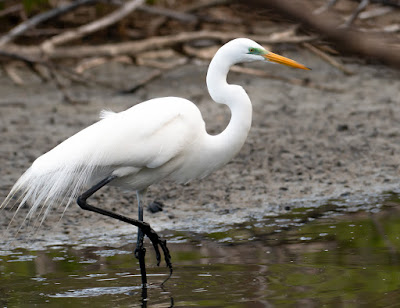 But after the fourth day, most of the food was gone and the influencers had found somewhere else to preen. I was sad to see them go.